Match made in Heaven!! 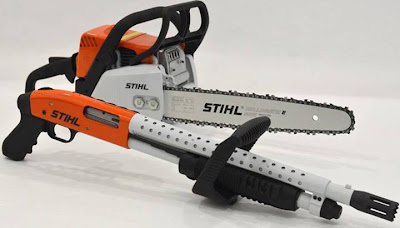 I do need another shotgun for the expected Zombie Apocalypse. 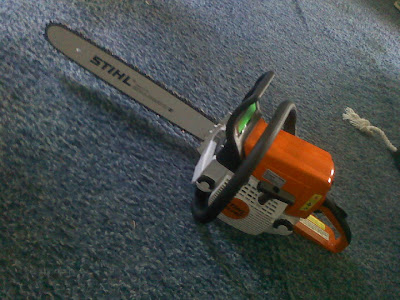 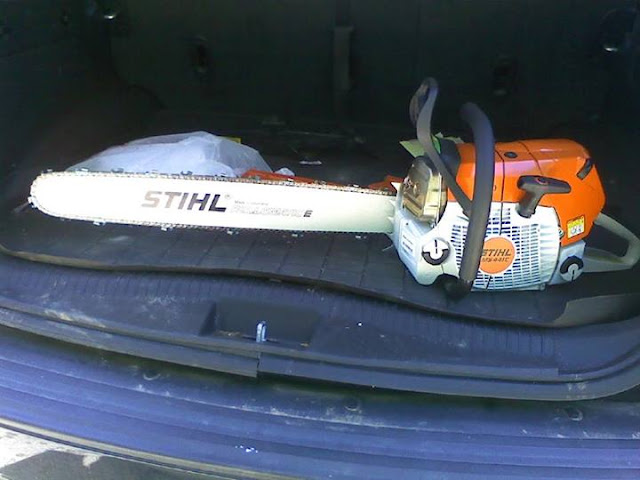 My brand new STIHL MS441C 25" bar with skip tooth Oregon chain, which I had already dubbed my 'Zombie Saw'

Country Rebel
Posted by CountryRebel at 8:54 PM No comments:

What would you do for a klondike bar and 20 bucks?

I haven't followed this trial too much, just enough. I saw some of it the other day while sittin at the baby dr with Mrs O. That rachel jeantel testimony was like draggin nails across the chalkboard. She seemed annoyed and uninterested and the racism reeked off of her. I can go on and on but ill save my breath.
Now for the uneducated that assume that Zimmerman is guilty and don't even care about the justice system. All they see is black and white and want, what were the words used, oh yea crazy ass cracker taken out in the alley and shot. Theres multiple things wrong right there, yall uneducated come have a seat and ill indulge you. First Zimmerman is innocent until proven guilty. Secondly the man Zimmerman has the right to a fair and speedy trail with a jury of his peers. Third hes not white. Fourth all yalls threats can be taken serious and you could find your sorry asses sittin in a jail cell.

They have lost their minds YO!

That thing they call twatter no, twatwaffle, no that aint right oh yea that thing called twitter is kinda amusing. I tried it for a short while, found it confusing to use and I still use a 'dumb phone' and refuse to get a 'smart phone'

Country Rebel
Posted by CountryRebel at 6:06 PM No comments: 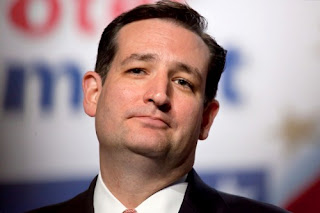 Thank God for Ted Cruz.
The Texas Senator read the new amnesty bill (all 1,200 pages of it) and then exposed it for what it is on the Senate floor this Tuesday. Cruz found a loophole in the bill that actually punishes an employer with a $5,000 fine for hiring a citizen over a legalized alien. Yes, you read that correctly…

Posted by CountryRebel at 11:08 AM No comments:

Posted by CountryRebel at 1:26 AM No comments:

I thought they were pretty simple 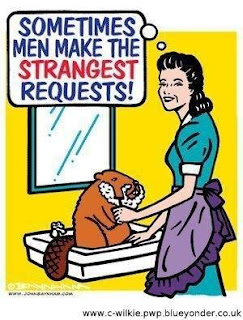 Posted by CountryRebel at 2:11 PM No comments: 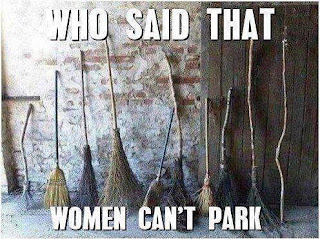 Posted by CountryRebel at 2:08 PM No comments:

Yea its been over a year since I've posted anything. Alot of shit has been goin on in the past year or so, been following other peoples blogs. Im famous on facebook for my conservative no bullshit stance. Im goin to try to start posting a little more than I have.
I really need to rename this blog from Life in a Small Town to The Backwoods. Where I live now doesn't even qualify as a town or a township. Im so far out from regular civilization that the banjos are constantly duelin, but its so peaceful out here. The guys down here don't understand why a 'damn yankee' would live out here. They think im just a plain crazy redneck. Took them a minute to believe theres rednecks that come outta of Ohio, made them a firm believer.
Anyways been tryin to battle this heat and fix the house up while im off of work for an extended amount of time. Alot of work and no real motivation.
Like I said Ill try to be posting more from new     toys to projects Ive done recently and maybe some from the past.